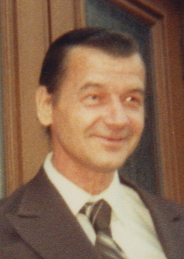 Please share a memory of Gerardus "Jerry" to include in a keepsake book for family and friends.
View Tribute Book

Peacefully, surrounded by family at the Ross Memorial Hospital in Lindsay on Saturday, September 21, 2019, at age 81. Jerry Berkers was born into a large family to the late Peter and Gertrude Berkers in Leissel, Holland in 1938, he was one of 17 children. The family enjoyed working the farm in Holland, together until WW II and then unfortunately it was in the war path. Three of the Berker children were killed in the war and Jerry was badly injured, suffering three bullet wounds himself and having to survive in a turnip field alone for days until he was found. After the war the Berkers family immigrated to Canada and started a new life. Jerry enjoyed growing up in Canada and working on the farm with his family. As an adult he enjoyed an independent and peaceful lifestyle. Over the past few years he became closer with his family again. Jerry will be missed by his surviving sisters Elsie and Wilhelmina as well as his many nieces and nephews and their extended families.

Private arrangements have been entrusted to the Thorne Funeral Home, 109 Laidlaw Street South in Cannington (705-432-2672). Interment at Kenilworth Pioneer Catholic Cemetery. If desired, memorial donations may be made by cheque to the Canadian Cancer Society or the Canadian Mental Health Association Durham. Memories, photos and condolences may be shared at www.thornefuneralhome.ca